Jason McLean is a board member of the Still Remembered Project. He earned his J.D. from Seton Hall University School of Law, and currently practices law in the Pittsburgh area. He earned his undergraduate degree from Syracuse University. Jason is married to Lauren McLean, the Executive Director and Chair of the Board for the Still Remembered Project.

Jason and Lauren entered the community of bereaved parents when they lost their first baby, their son Emerson, in March of 2010 to a rare genetic disease. When Lauren was 20 weeks pregnant with Emerson, the doctors discovered that Emerson had autosomal polycystic kidney disease that was effecting his kidney and lung development in utero. Lauren and Jason were given a choice to either carry or terminate the pregnancy and the McLeans chose to carry their son. When Emerson was born, he lived for three hours and  was able to be an organ donor. Like many other bereaved parents, Lauren and Jason were heartbroken as they quickly said goodbye to their precious son. After his death, the McLeans attended support groups in Pittsburgh and felt called to begin helping other couples and families that are touched by pregnancy/infant loss. God aligned the right bereaved families to help building the Still Remembered Project and in April of 2016 the organization was born. Since losing their son, the McLeans have gone on to have three  daughters and another son all whom are very much aware of their big brother in heaven. Lauren and Jason also suffered an early miscarriage in September of 2015. They are both are advocates for Pregnancy/infant loss and have spoken at a variety of events in the Pittsburgh area since Emerson’s death. 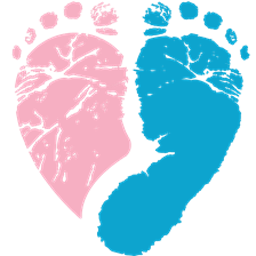